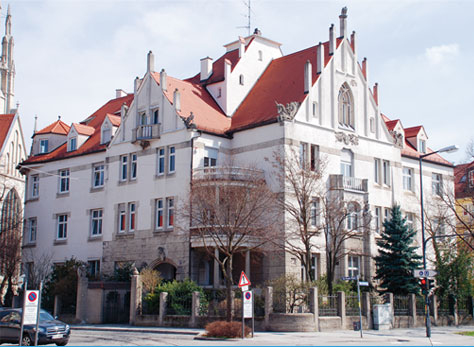 The Munich office is located on Bavariaring 11, next to the Theresienwiese, where the Oktoberfest is celebrated each year. The German Patent and Trademark Office, the German Federal Patent Court as well as the European Patent Office are head-quartered in Munich, and the new buildings of the European Patent Office are in walking distance to our office. The historically protected building, which was erected at the beginning of the 20th century, houses several conference rooms and a library offering ample room for meetings, negotiations and mediations. 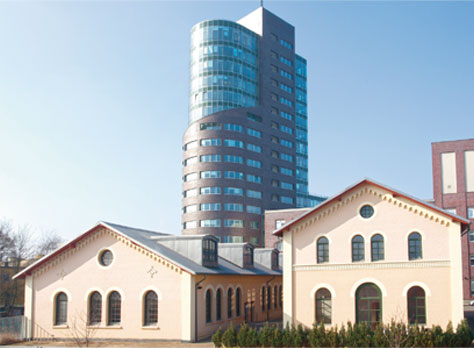 The Hamburg office is operating in two historic buildings from the 19th century by the Harburg Inner Harbour.
The contrast between the historic, renovated harbour and industrial buildings and new, pioneering architecture is characteristic of the area called „Channel Hamburg“.
Due to the proximity to the Technical University Hamburg-Harburg as well as the attractive location on the waterfront, a large and still growing number of high-tech companies have moved to the area.