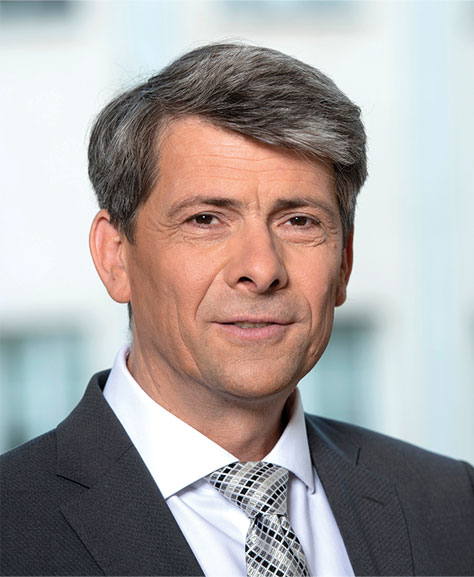 2016  Special Adviser to the Executive Director of the EUIPO and the ECEAB, employed by the European Commission
2014  President of ECTA
2009  Member of Board of Directors of INTA
2003  Mediation studies at University of Hagen
1999  Partner at Müller Schupfner & Partner
1999  Admission as European Patent Attorney
1998  Admission as German Patent Attorney
1994  Graduated in electrical engineering (Dipl.-Ing. Univ.) from Technical University of Munich, Germany

After finishing his master in Electrical Engineering at the Technical Universities of Munich and Lund (Sweden) in 1994, Peter attended law studies for two years for Patent Attorneys at the University of Hagen and was admitted as German Patent and Trademark Attorney in 1998. In 1999 he passed the European Qualifying Examination and was admitted as European Patent Attorney. Between 2002 and 2003 Peter also studied mediation at the University of Hagen.

„The Community Trademark and the National Trademark. Are they in Harmony? The German point of view”
ECTA Gazette, March 31, 2010

Seminar of the Department for Criminal Law, Law Philosophy and IT-Law, University of Tübingen, „Negotiating and Mediating in IP Disputes”
Blaubeuren, December 11/12, 1999

Seminar of the Konrad Adenauer Stiftung, „Patents and Trade Marks as an effective Tool to Protect Innovations”
Munich, November 24, 2005

IBC UK Conference, Mediation of IP Disputes, „A view from the IP profession”
London, May 22, 2006

131th Annual Meeting of INTA, „Effective Dispute Resolution –What are the Alternatives”
Seattle, May 20, 2009

134th Annual Meeting of INTA,„SENIORITY MANAGEMENT – Why dropping national trademarks might harm your brand”
Washington, May 07, 2012

AIPPI Baltic Conference, „Authorship rights and IP rights – How to avoid disputes between the authors and the applicants”
Riga, April 20, 2011

ECTA Annual Meeting, „20 years of Case Law – A review of the most important EUCJ trade mark cases during the past 20 years”
Budapest, June 30, 2017

German Chamber of Patent Attorneys, Assembly of the Chamber – „The Procedure at the Court of the European Union – Overview of the Practice Rules for the Implementation of the Rules of the Procedure of the General Court”
Munich, November 21, 2017