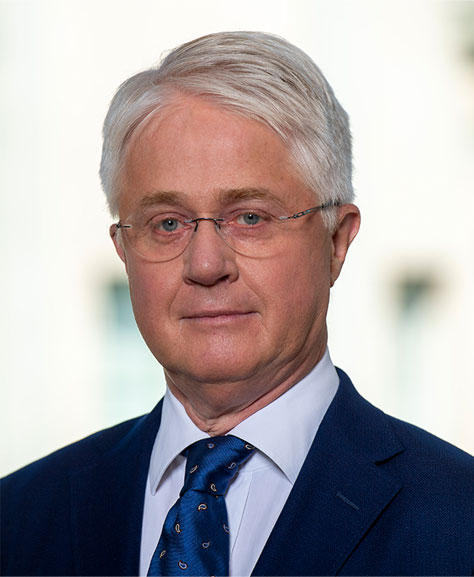 Michael Groß has very extensive experience in the areas of licence agreements, research and development agreements and antitrust law, having drafted and reviewed over 20,000 licence agreements since 1988. He is registered as an arbitrator and mediator with several institutions and acts as expert for infringement courts. He also prepared a study for the EU Commission on the Block Exemption Regulation No. 240/96 (EC) for technology transfer agreements, is author and co-author of numerous publications on licensing agreements and regularly lectures on this subject.

Michael Groß was admitted to the bar in 1984. He joined Müller Schupfner & Partner in February 2019, in addition to his work as head of the Licensing team at the Fraunhofer-Gesellschaft, from which he retired in 2022. Previously, he worked for a law firm in Münster from 1984 to 1987 and as Of Counsel for the Munich office of Andersen Legal (EY Law – Luther Menold) from April 1997 to September 2003. From 2003 – 2019 he was Of Counsel at Bird & Bird, Munich. Michael Groß studied at the Universities of Münster and Bielefeld and received his doctorate in law from the University of Bielefeld in 1987.